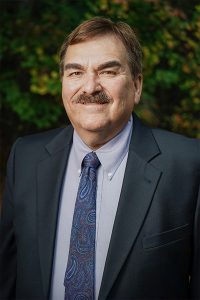 Dr. Ballance is the Owner, President, and CEO of Greenville Pathology, P.A. Born and raised in eastern North Carolina, in Fremont, he received a Bachelor of Science in Chemistry from East Carolina University. He went on to also receive a MD from East Carolina University. He did his pathology residency at Case Western University Institute of Pathology in Cleveland, Ohio, and a Surgical Pathology Fellowship at the University of Texas, M.D. Anderson Cancer Center in Houston, Texas; he returned to Greenville in the summer of 1989.

He began his career with Roche Biomedical Laboratories in 1989. He holds the position of Clinical Assistant Professor in Pathology at the Brody School of Medicine. Dr. Ballance is boarded in Anatomic & Surgical Pathology, as well as Cytopathology.

In the summer of 1997, he decided to open a privately owned full-service pathology laboratory that would serve eastern North Carolina with the highest quality care, and the personal touch. That dream became a reality when the doors to Greenville Pathology, PA opened for business on January 1, 1998.

Dr. Ballance has received the Top Doctor award in Pathology in North Carolina from 2013 to 2017. 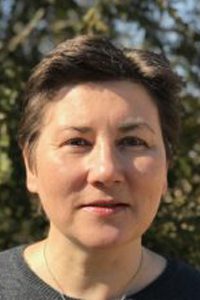 Dr. Piazza is a staff pathologist at Greenville Pathology. She received her MD degree from the Karaganda State Medical University in Kazakstan. She began her Medical career as a forensic pathologist, an Associate Medical Examiner in Hillsborough County Medical Examiner’s Office located in Tampa, Florida. She completed her residency in the University of South Florida and Hahnemann University Hospital/Drexel University. She then completed two fellowships: Oncologic Surgical Pathology (Fox Chase Cancer Center, Philadelphia, PA) and Cytopathology (Geisinger Medical Center, Danville, PA). Dr. Piazza is board certified in Anatomic/Clinical Pathology and Cytopathology.

Dr. Piazza moved to Greenville from Pennsylvania. She and her husband, George love gardening and spending time with their son, Nicholas, and two rescue cats, Kimmy and Rosie.

Dr. Smith is the Medical Director of Greenville Pathology. She received her Bachelor of Science degree from the College of William & Mary, and MD degree from the Medical College of Virginia. She did both her pathology residency and her cytopathology fellowship at Pitt County Memorial Hospital, Brody School of Medicine. She is board certified in Anatomic & Clinical Pathology and Cytopathology; and is a fellow of the American College of Pathologists and the American Society of Clinical Pathologists.

She spent 10 years as a member of the pathology faculty at Brody School of Medicine/Pitt County Memorial Hospital, with 4 years of experience as the Director of Cytology. She joined our practice on September 1, 2007. She resides in Greenville with her husband John and their two children. 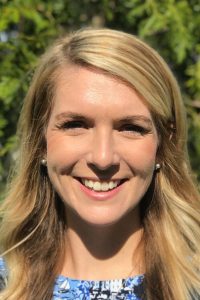 Emily is Greenville Pathology’s Practice Administrator and has been with the practice since 2011.  She graduated from East Carolina University with her BS in Public Health in 2013.  Emily is a member of the North Carolina Medical Group Managers Association and the Eastern Carolina Chapter as well as the American Pathology Foundation.

Born and raised in Pitt County, she lives in Falkland with her husband Taylor, their two children Hudson and Anna Cate and their fox red lab, Grady.  They love to fish, boat and be out on the water. 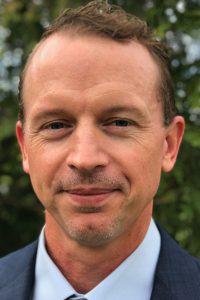 Ashley has been Greenville Pathology’s Cytopathology Supervisor since 2002.  He established the Molecular Pathology department at Greenville Pathology and has supervised it since 2007.  Prior to moving to Greenville, Ashley worked was a staff cytologist and educator at West Virginia University Hospital in Morgantown. He graduated from the Medical University of South Carolina with a Bachelor’s in Cytology.  Ashley is a member of the North Carolina Medical Group Managers Association and its Eastern Carolina Chapter, as well as, the North Carolina Society of Cytology.

Ashley is originally from West Virginia, but has lived in Eastern North Carolina for 17 years. He enjoys competing in his tennis league and tournaments, as well as riding his motorcycles.  He, and his wife Jessica, are members of a local running club and compete in regional charity races. They live in Greenville with their two boys. 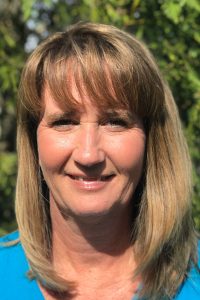 Linda is a Pitt County native, born and raised in the Greenville area for the past 50 years.  Outside of work she enjoys spending time with her husband and their daughters, especially when they can relax in the sand and saltwater of the beautiful Crystal Coast! 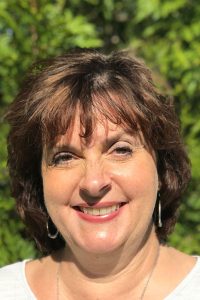 Patricia has worked at Greenville Pathology since December 2015 as a Pathologists’ Assistant.  She graduated with a Masters of Health Science degree in 1994 from Quinnipiac University.  Before Greenville Pathology she worked in academia with a non-compensatory faculty appointment at the University of Florida where she was responsible for the instruction of Pathology Residents in autopsy and surgical pathology.  Patricia also held a federal appointed position as a GS 12-10 the NF/SG Veterans Medical Center.  Her first position as a PA was in 1994 at the Medical Examiner’s office in Iowa.

Patricia is a member of RCAP (Review Committee for Accreditation of Programs for NAACLS (National Association of Accreditation for Clinical Laboratory Sciences) since 2012.  She is also a Fellow Member of AAPA (American Association of Pathologists’ Assistants) since 1994 and has served on the Conference Committee and has been co-conference chair for two years.  She assisted in drafting the AAPA procedure manual and was a member of the original staff who drafted the Grossing Guidelines.

Patricia loves to work with animals and is currently remodeling her 1948 home.  She also served in the US Navy from 1979 to 1987 and is a disabled veteran.  She has lived, worked or vacationed in 47 of fifty states.  Only 3 more to go! 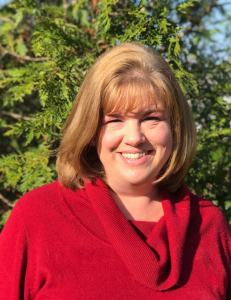 Susan is Greenville Pathology’s Billing Manager and has been with the practice since 2017. She has 20 years of experience in medical billing and graduated from The University of Mount Olive with an Associate degree in Science General Studies. She is a member of the North Carolina Medical Group Managers Association.

Susan was born and raised in Greenville. She enjoys spending time with her husband, Chris, and daughters, Elise and Katherine. She loves going to the beach and playing with her dogs.